“Mental illness can be a lifelong condition, but it also is – we have abundant evidence of that, that ongoing treatment, identification of where the problem areas are and real support works and that people do get well.” 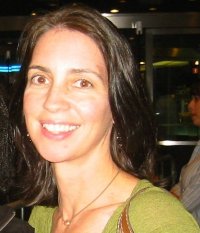 Dr. Porterfield has worked with Abdulrahman since January 2017.

Dr. Porterfield, Dr. Khadivi and Dr. Mariani all concluded that Abdulrahman had mitigating factors which contributed to his involvement in the charges laid against him but that his mental health responded well to sustained treatment as mentioned in their medical reports.

Along with other professional doctors, Dr. Porterfield found Abdulrahman’s most consistent tendency was to fixate compulsively on certain topics. She referred to it as ‘looping’: when the brain circles back to an idea repeatedly, fulfilling a part of one’s cognitive thinking. Dr. Porterfield recognized the looping pattern in Abdulrahman’s life which began with “the solar system, soccer, computers, and then sadly, sadly, and tragically, drugs — introduced to him when he was 14 [2012], and which took hold.”

Dr. Porterfield mentioned 6 factors that were interrelated and led to the worsening of Abdulrahman’s poor functioning:

She recommended 5 treatments for Abdulrahman after spending a year with him:

In regards to treatment, Dr. Porterfield testified in the sentencing after Judge Berman was skeptical of Abdulrahman’s prognosis  that “mental illness can be a lifelong condition, but it also is – we have abundant evidence of that, that ongoing treatment, identification of where the problem areas are and real support works and that people do get well.” She also stated that Abdulrahman is not in denial of his condition and that she was impressed with the services provided by Canadian corrections when she worked in one of their facilities.