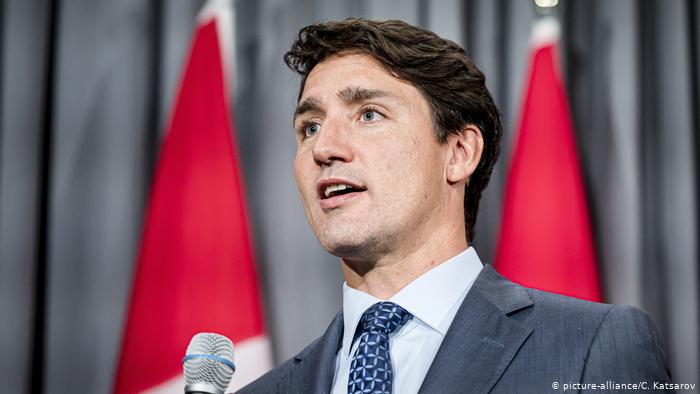 Our son, Abdulrahman Elbahnasawy, is a Canadian youth who suffers from a panoply of mental issues. At times, he would refuse to take his prescribed medication choosing instead to spend days in a chat room, on the internet, without sleep.

It was in these circumstances that an FBI agent, with the help of the RCMP, set out to entrap a 17 year old boy. Until then, he had never been in trouble.

The RCMP illegally obtained Abdulrahman’s lengthy mental health records from CAMH at the request of the FBI. In doing so, the FBI agent was able to profile and manipulate this youth Abdulrahman.

In doing so, the FBI agent embarked upon a well trodden path of successful entrapment used against numerous Muslim youths.

Over a period of time, the FBI informant would engage Abdulrahmanin thinking radically about the United States and its policies. This was followed by encouraging Abdulrahman to purchase bomb making material from a list provided to him by the agent, to then be then sent to an address in New York.

On his 18th birthday, while the family was on vacation in New York Adulrahman got arrested from his family car as Abdulrahman can’t travel alone. The FBI searched the family car and all Abdulrahman belongings but they didn’t find anything.

While awaiting court proceedings, Abduhlrahman suffered greatly in the harsh conditions of his prison. He has received poor medical treatment. He has spent time in solitary confinement, while his mental health status has deteriorated. He has attempted suicide four (4) times due to poor medication.

He plead guilty in the absence of his Canadian lawyer and was recently sentenced to 40 years.

Abdulrahman is in prison now after cruel sentenced for the length of 40 years..Imagine!!!!!!

He faces like a sick kid the harshest environment can any kid face. As being in such harsh prison environment that threatens his life under very poor medical treatment in US prison.

The prisons in the states that give priorities for US citizens only. His family facing a lot of problems visiting him because the prison is 17 hours far from his family house in Oakville.

As parents for this poor sick Canadian boy we urge Canada and your honor to interfere and bring Abdulrahman to his home, Canada, for better medical treatment and be near to his family.

It would be also much appreciated if we can meet your honor to explain our critical situation as Canadian parents who look for your care and concern.

Our story is in media and we all waiting to hear active action from our government.

Our lawyer, Dennis Edney, can address you with evidence of Muslim youths with mental issues being targeted by the FBI.

May we hear from you, please? 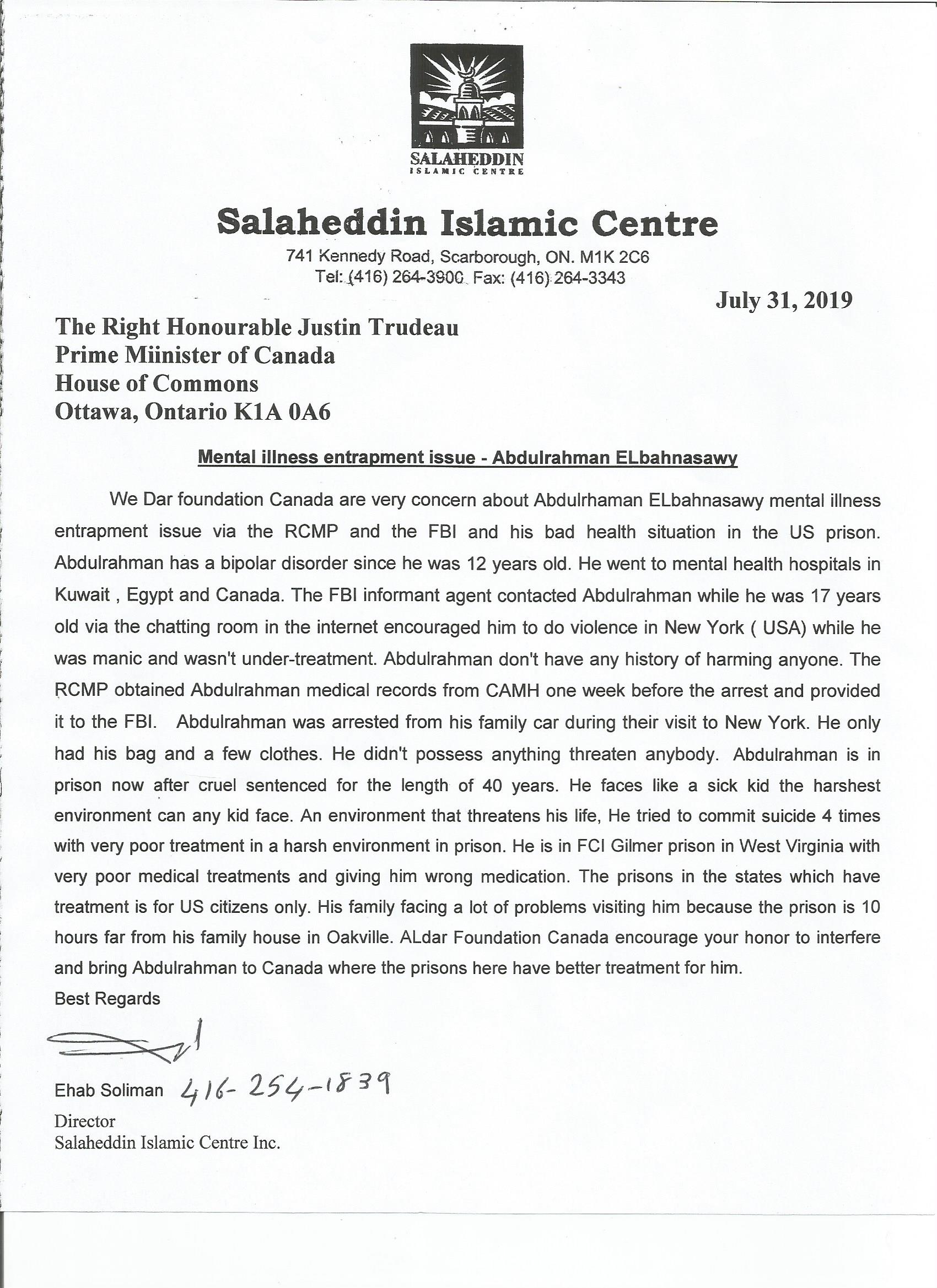