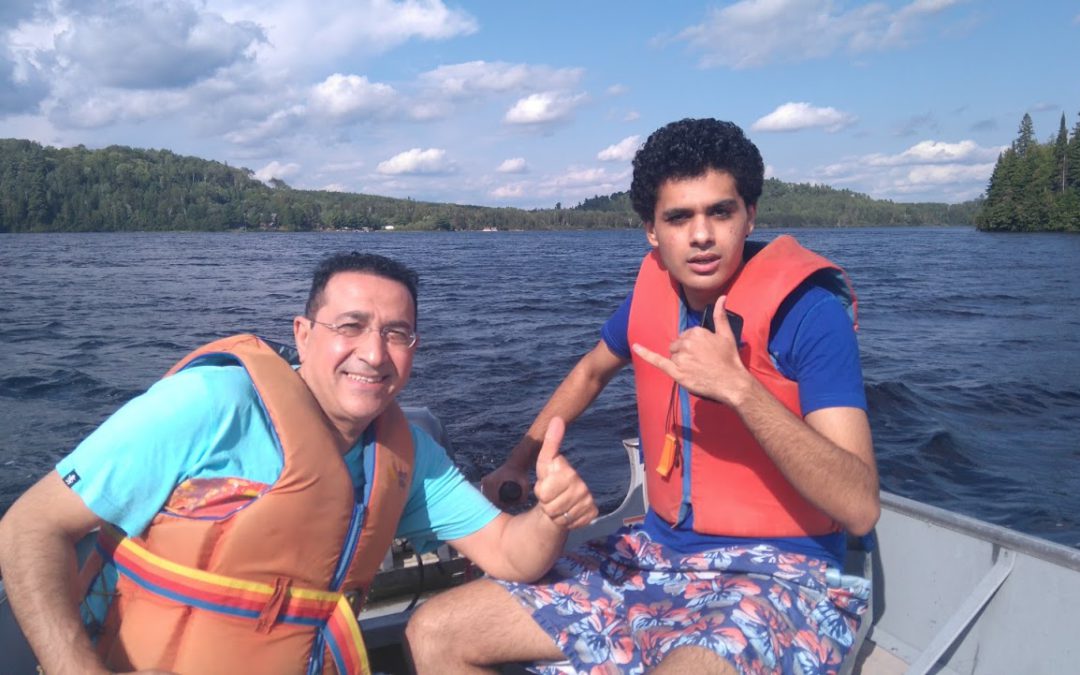 The juxtaposition is disturbing. One Canadian man has just this week pleaded guilty to killing six people and attempting to kill many more.

Another has also pleaded guilty to planning terrorist attacks in New York City — and prosecutors are asking for a maximum sentence.

The first man is Alexandre Bissonnette, who turned himself in after entering the Islamic Cultural Centre of Quebec City and shooting as many worshippers as he could. Six men were left dead, five were critically injured — including one man who is now paralyzed.

The second man is Abdulrahman El Bahnasawy, a 20-year-old man suffering from mental illness and drug addiction, who participated in an FBI-fabricated bomb plot. He will be sentenced on April 9 — and is asking for leniency.

What’s remarkable about these two cases is how similar they are, but how differently they are playing out.

“Whether the FBI also learned during its investigation that El Bahnasawy might have mental health or addiction issues is simply immaterial,” wrote the prosecutors in a sentencing submission.

Mental health has always mattered when it comes to prosecuting individuals for criminal acts. The judge in Bissonnette’s case refused to accept a reversal of his plea from not guilty to guilty until he had been assessed by a psychiatrist.

And yet, for others, it simply isn’t considered as a mitigating factor. With El Bahnasawy, there was clearly an opportunity for Canadian authorities to alert his family of their troubled son’s descent into the criminal world of Daesh — rather than permitting, even facilitating, a vulnerable individual to sink further into his criminality.

“We think he should be set free and allowed to go home — he was an 18-year-old that Canada could have and should have saved,” his legal team has said. “Instead, Canada handed him over to the United States and the United States should let him go home.”

The pain of El Bahnasawy’s family is unimaginable. Here is a family that did everything it could to provide their son with the mental health supports he needed, but sadly, as many families know all too well, accessing such supports is often difficult, even impossible, with long waits to see specialists. In the meantime, how could they have known that the FBI was pulling their son deeper into a plot?

Bissonnette’s family is similarly shattered. “Alexandre remains our son,” wrote his parents in a statement earlier this year. “Like all parents, we had hopes of seeing him succeed and be happy in life. In a sense, we also lost a son.”

We don’t know if the family was aware of their son’s online activities, nor that he was allegedly a “far right and an ultra nationalist white supremacist”, according to an acquaintance.

The families of those who were killed and injured on Jan. 29, 2017, deserve justice. Yet, it remains doubtful whether justice will truly be served because many people are still left wondering why Bissonnette wasn’t charged with terrorism.

“Even a quick review of a handful of recent cases reveals Muslim men were charged with terrorism offences sometimes with tenuous or imagined connections to terror, while non-Muslim whites get a pass,” wrote lawyer Faisal Kutty in a commentary piece last fall.

This double standard has been at play for too long, and seriously harms our collective faith in the system. Justice must be applied fairly and without prejudice — and in both these cases, something is off. Our legislators need to examine each to figure out why.

In the meantime, the message for certain communities is painful: not only could we be terrorized at any moment by those consumed by hatred, but that we may also be targeted by the very authorities who should be protecting us, including our most vulnerable. We all deserve better than this.